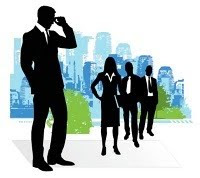 Teams have become the centerpiece of our corporate and government structure.  Whether you are Toyota, the White House, or a local public works department, teams are used to take on every major task, and solve challenging problems.  Business schools have taught the wisdom of teams for decades.  So when the Harvard Business Review published an article titled "Why Teams Don't Work - An Interview with J. Richard Hackman"" in May 2009, many heads were turned.

Hackman, who is a professor at Harvard University, and an expert on social and organizational psychology and teams, says:


Research consistently shows that teams underperform, despite all the extra resources they have.  That's because problems with coordination and motivation typically chip away at the benefits of collaboration.

This is not what we learned in school.  We learned about the synergy of the team, how teams help overcome the weaknesses of the individuals that make up the team, how many hands make light work, and that if you want something done better, give it to a team.

However, as you probably suspected, this is not the end of the story.  Hackman goes on to help us understand what gets in the way of creating high performing teams.

One of the primary road blocks to having a high performing team is lack of clarity regarding who is on the team.  Hackman points out that the CEO is often responsible for these fuzzy boundaries related to team membership.  There is a hesitancy to exclude people from teams, and a tendency to include people on teams for purely political reasons.   The solution: "putting together a team involves some ruthless decisions about membership; not everyone who wants to be on the team should be included, and some individuals should be forced off."

It comes as no surprise to anyone who has worked on a team that teams need a compelling direction.  Hackman warns that the process of setting this direction can be emotionally demanding, require the exercise of authority, and may arouse anxiety, angst, and ambivalence.  Not everyone will be able to embrace the selected direction, causing some change in the makeup of the team.

Some of the facts about teams that Hackman points out are:

There are two other resources that you might consult if you are working within, leading, or creating teams.  The first is The Wisdom of Teams by Jon R. Katzenbach and Douglas K. Smith.   The second is Why Teams Don't Work - What Goes Wrong and How to Make it Right by Harvey Robbins and Michael Finley.  Both are excellent references for any leader struggling with how to create high performing teams.
Posted by Jim at 10:50:00 AM