There are hundreds, perhaps thousands, of leadership books on the market. The various authors tell stories of success, describe the attributes of great leaders, suggest how to discover your personal strengths, help you get in touch with your emotions, and teach the importance of creating a compelling vision. All of these are important messages about being a successful leader.

As you can probably tell from the past 30 (or more) blog posts, I believe that understanding what these authors have to say, learning about what it means to be a leader, and developing your own leadership mind is essential to becoming a successful leader. Everyone can learn a great deal from those who have studied leadership in its many forms, and have found meaning and wisdom in the examples of success.

Few, if any, of these authors suggest that a rote practice of the techniques found in their books will lead to success. Leadership is more than the simple repetition of acts performed by others.

So, what's the point of all of this learning? If copying the example of others is not a formula for success, what can a fledgling leader do to make a difference in an organization? What can a person do to move an organization in a certain direction? You might ask yourself, "How can I be the leader I want (or need) to be"?

Change the Language
First I suggest that "knowledge is power". All of the learning you have done about leadership, emotional intelligence, vision, ethics, courage, reality, and other concepts makes a profound change within you. This understanding of the roots of leadership lets you see the organization from a broader perspective.

A leader cannot successfully mandate that an organization become something that it is not over night. Meaningful, lasting, and sustainable change takes time. As Peter Senge says, change is organic, it grows from within.

This change often begins with one simple act; a change in the language used to describe the organization, the work, the people, the vision and goal, and the world within which the organization exists.

Lou Tice of the Pacific Institute teaches about the power of the words we use to describe ourselves, our organizations, and our world. People tend to move toward that which they think and talk about. Therefore, the words we choose when we describe our reality, our future, and ourselves are fateful.

I am not suggesting that you lie to yourself. Those of you who are acquainted with Dr. Peter Koestenbaum will understand the value of being well grounded in reality and truth. However, the leader has the power to inject into the conversation words, concepts, visions, and dreams that, over time, change the conversations going on in the hallways and offices of the organization.

As the culture changes, the leader will find that those changes that could not be mandated at the beginning begin to grow and become part of the new fabric of the organization.

Because of the knowledge you have gained by studying leadership, you are more likely to choose the right words.

Make Space
The second power a leader has is the ability to make space. One of the ways a leader can show what work is important is to allocate scarce resources to certain projects. When we think about the allocation of resources we usually think of money, equipment, and people.

We often feel the leaders job is done once money, equipment, and people have been assigned to a project. But, if we fail to give those people the time on their calendars, a way to work without being pulled back into other assignments, and a way to focus quality time on the important work, what we have done is create more work that is indistinguishable from the work that is already being done. We have not created space for success.

If you are a leader you can underline the importance of work by giving those who are allowed onto the team space to succeed: money, equipment, people, a place to work, and time.

Because of the knowledge you have gained by studying leadership, you are more likely to understand which are the important tasks that need space.

If you changes the language so that people begin to talk about what's important, and create space for important work, you have taken two huge steps toward becoming one of those leaders that the rest of us will study in the years to come.
Posted by Jim at 9:09:00 AM

Self Knowledge and Awareness 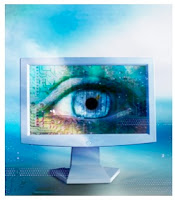 One of the first discoveries Goleman shares is that there are four competencies of Emotional Intelligence (EI) - and not a single technical or purely cognitive competency - exhibited by these top performers. (P. 36-37, Primal Leadership) This discovery puts Goleman in the camp of authors who believe that it is not necessary to be born a leader. Leadership can be learned. (This is good news for all of us.)

Personal Competence:
Social Competence:
Each of these competencies is worthy of study. I recommend Primal Leadership as an easy and accessible way to learn more about these and other aspects of leadership.

The first EI competency that Goleman discusses is self-awareness. On the surface, that may seem like a simple thing - "Of course I am aware of myself. So what's the problem?" However, I don't think the topic is quite that simple.

True self-awareness requires reflective self-examination, feedback from others, and knowledge of "who you are, where you are going, and why you are going there." (For more about this read the blog titled: Asking the Right Questions, and Cashman's book Leadership from the Inside Out.) These questions get to the heart of defining what matters most to you, and the values that drive you.

There are a number if instruments you can use to get an understanding of who you are and what drives you. For example, tools like the Strengths Deployment Inventory (SDI) give you an insight into how you relate to others (relationship awareness), your motivations, and how you change when things are not going well. This information prepares you to both be more self-aware and socially aware in your relationships. This is also a very useful to use in groups or teams that gives each member a boost in their self-awareness, as well as a better understanding of social awareness and relationship management styles that help the group work more effectively. (For more on the SDI instrument, email me - jelliott2k@gmail.com - and I'll send you some background.)

Self study is essential. Tools for improving self-awareness and receiving feedback help. But underlying it all, you must have a desire and openness to new information; a desire to know more about yourself and how you relate to others, and the openness to take in new knowledge about yourself, even when that knowledge may not be consistent with you prior image of yourself.

If you have that inner drive, you will gain self-awareness, and take a fateful step toward being an emotionally intelligent leader.
Posted by Jim at 8:36:00 AM