The Polarity of Leading in Social Systems vs. Political Systems 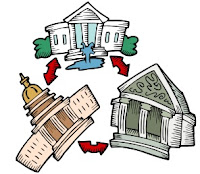 All of the entries in this blog to date have assumed that the target audience (our readers and leaders) live and work within a system that values people who are open, communicative, care about the human element in the organization, and are proactive and energetic. However, Richard Beckhard and Reuben Harris, in their book Organizational Transitions – Managing Complex Change, Second Edition, point out that not all organizations are based on the values typical of what they call "social systems" (systems that are concerned with the social order of the organization).

Some organizations will form around "political systems" that may have vastly different "reasons for being" than systems that take on the values of "social systems". Beckhard and Harris point out that “Political behavior is behavior designed to further the goals of a person or group, more or less regardless of the effect on others. Some rules of political-system behavior are vastly different from rules of social-system behavior.” (P. 25)

They include an example that contrasts the feedback and decision making structures within political and social systems to illustrate their point:

If it is true that some systems have political values that are inconsistent with the values of social systems, then perhaps leaders in "political systems" as defined by Beckhard and Harris should behave differently from those who exist within social systems.

Do any of you have opinions about how a leader who finds him or herself within a "political system" can succeed using the leadership concepts and models we have discussed in this blog?

Your thoughts would be appreciated.
Posted by Jim at 12:09:00 PM